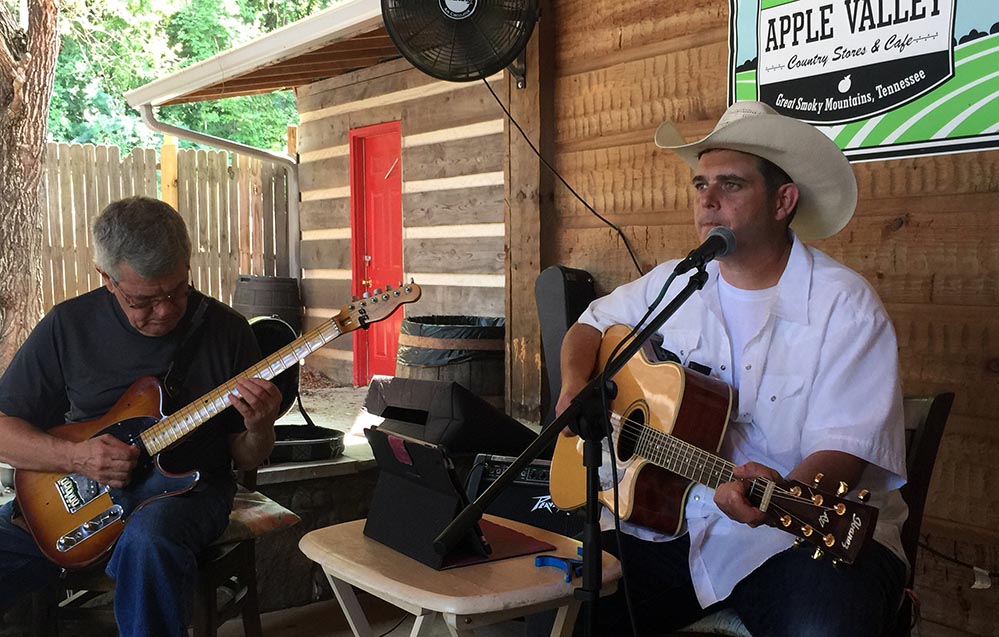 Every Saturday through Labor Day, enjoy live music by John Fee at the Apple Valley Beer Garden. Relax on our Beer Garden Pavilion with a local Calfkiller draft beer, a vintage Coke, or one of our exclusive premium ice cream cones and sundaes.

John Fee, raised in Harlan, KY, is as authentic as it gets when it comes to his own musical upbringing. His father was a coal-miner and part-time preacher. Sunday morning church service was filled with guitar picking music that inspired him and his family to purchase his first guitar when he was 11 years old. He brought the guitar with him to church every week and learned how to play by watching the pickers during service. Eventually, he started playing around his hometown and started following country artists like George Jones and Merle Haggard.

Twenty years ago, in 1998, he moved to Eastern Tennessee where he hooked up with a local country band called “Wildcard”, and then eventually formed his own three-piece country-rock band, The Dirt Road Drifters, that played all over Knoxville. In 2004, John Fee had a few internet “hits” that he produced in Nashville, including “Gonna Take A Lot Of Liquor To Like Her” and “The More He Drinks” which were both released on Clear Diamond Records. He also was part of the Dixie Rose Band that played venues like The Dawg Patch and The Station.

“It was a good experience, and they’re all great players,” he said. “I left in March, and in April or June, I started what was supposed to be an acoustic gig, and the pieces kind of fell into place.”

Today, his band is The Honky Tonk Playboys, and they play a lot of local gigs.

At the Apple Valley, you might hear John Fee playing solo, and his band members often join in the fun. Hope you’ll come out an enjoy his music!